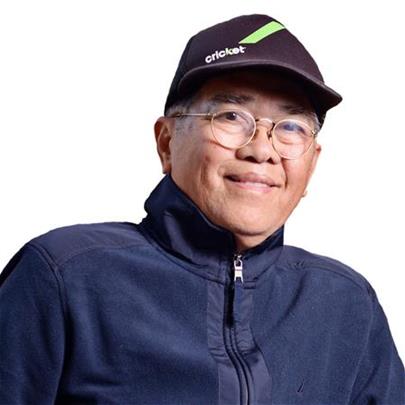 In San Mateo County, a life-changing healthcare program has helped more than 200 people move out of skilled nursing facilities and into their own homes, empowering them to be active, engaged community members. Health Plan of San Mateo (HPSM) is proud to share their inspiring stories as living examples of how our Community Care Settings Program (CCSP) makes a measurable difference in people’s lives.

From Garage to His Own Apartment

Rafael had a stroke in 2012, and then could only walk using a walker. Medical bills left he and his wife Zenaida struggling financially, so they lived in a rented garage, which was cramped, uncomfortable and often cold at night. A CCSP Care Manager identified Rafael as a candidate for the program because CCSP helps people transition out of inadequate housing conditions into homes that support their health. As a result, the program found a furnished apartment for Rafael and Zenaida in Half Moon Village, a subsidized senior community. The rent was ten times less than the garage, and in November 2015, the couple moved in to their new home.

Zenaida had been helping Rafael with everyday activities ever since his stroke, and he had two major neck surgeries in 2015, after which he needed even more assistance. So Rafael’s CCSP Care Manager got him 125 hours of In-Home Support Services (IHSS) per month, and registered Zenaida as his caregiver so from then on she got paid for her work. Rafael’s Care Manager also visited weekly and collaborated closely with the MidPen Housing staff, which manages the Village, to ensure all his needs were met. Plus she coordinated with his neurologist and other doctors on his treatment plan. While Rafael “graduated” from CCSP in November 2015, he and Zenaida still live in the same apartment. “For me, it’s amazing, this kind of program,” Rafael said. “We are very glad and are the most happy people in the world.”

About the Community Care Settings Program

Since 2014, CCSP has transitioned aging and disabled people from skilled nursing facilities into the community so they can live independently with the assistance of a coordinated clinical support team. The program was started as part of HPSM’s Coordinated Care Initiative to help Cal MediConnect members (who have both Medicare and Medi-Cal) live independently as active and engaged community members. HPSM provides CCSP services in partnership with two other organizations. Housing agency Brilliant Corners helps program participants find low-income housing in the Bay Area. Once they do, HPSM and San Francisco’s Institute on Aging (IOA) get program participants the resources they need to seamlessly transition from long-term care into their new homes and flourish in their community.

“CCSP streamlines coordination between multiple providers and resources to give everyone a clearer, more comprehensive picture of each client’s clinical condition. This enables us to place people in the optimal care setting and make their transition from one level of care to another seamless.”

“It is heart warming to see CCSP is able to assist individuals living in long-term care facilities who are willing and able to return to living in the community with additional support.”

“What I see with CCSP is seamless coordination between MSSP, IHSS and the Health Plan. The program has enabled a number of my patients to move from skilled nursing facilities back into the community—and thrive there.”

“CCSP fosters a collaborative, multidisciplinary ‘continuum of care’ between social workers, clinicians, caretakers and housing services that is very effective at moving clients out of nursing homes and back into the community.”